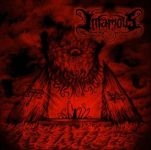 INFAMOVS
Under The Seals Of Death
(Memento Mori)
34:10min

It seems to me that Chile plays the same important role for the South American Death Metal scene (or the Death Metal underground in general), like Sweden once did during the heydays of European Death Metal around the 90s. Even though there’s already been a vivid scene over there since the late 80s, one can’t deny the fact that there’s been way more bands today popping up like mushrooms. There must be something in the water. I have no other certain explanation for what forces so many young Chileans to play such a kind of aggressive music on a most of the time already skilled level. In case of INFAMOVS the Spanish label Memento Mori once again proved their right sense for adding another quality brigade to their roster. Everyone being somewhat familiar with the label’s back catalogue sure knows that there’s nothing left but to expect pure, brutal underground entertainment. The quintet from Coquimbo is no exception at all. Ok, I can already hear some peeps already yelling: "No, not another act from South America that draws its influences from old MORBID ANGEL, mid-nineties IMMOLATION, early INCANTATION and SADISTIC INTENT!" So, is there any necessity for another act like that? Well, to be honest, that question does not exist, at least in my head. There are always people complaining about bands being just copycats without having an own identity. Wake the fuck up!! You can’t re-invent the wheel!! So each and every tune, note whatever comes up today, has been already peformed / written in one way or another. So, I would always choose a band that does not hide their influences over such a one trying to be innovative and progressive as fuck but boring as hell at the same time. "Under The Seals Of Death" is a barely 35 minutes lasting aural wrecking ball, which perfectly combines the best of both worlds. In short terms: North American role models meets South American storminess. In my humble opinion you should listen to the album and consider it as an entity. A raging maelstrom that brings forth aggression. But if I had to point out one song, it would be the third track ‘Call Upon Blasphemovs’ as it is blessed with all the band’s trademarks. You get stakkato blast orgies going hand in hand with mid-tempo parts, topped by some morbid guitar leads and enthroned above it all is the cavernous voice of vocalist F. U. If you consider the fact that this is only their debut album, it is nearly frightening to think about the next release. The band already operates with great craftmanship and knows how to handle / abuse their instruments. With that in mind and a slightly more powerful and complex production this band is going to be a serious opponent for the current Death Metal flagships, no matter old or young. In the fashion of EXANIMATVM’s debut from 2016, but even more mangy with an extra dose of South American chaos. Each one into Chile Death like TOTTEN KORPS, ATOMIC AGGRESSOR, DIABOLICAL MESSIAH and the likes, will rejoice whilst listening to "Under The Seals Of Death". Inexorable, pure Death Metal the ancient way. For detailed inquiries check the following links: www.facebook.com/infamovs.deathmetal, www.memento-mori.es