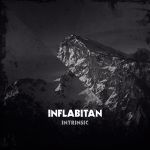 This Norwegian one man project started way back in 1993, and it is now, almost 30 years later that the first full length reaches the light. Although the founder of the band was involved in many Black Metal bands around that era, this debut album is more on the evil Thrash Metal side, with the obvious Black Metal touches and some early Death Metal sound. Ever present is a sense of melody which at times reminds me of early OLD MAN’S CHILD and some bits of EMPEROR, but with the core belonging to a riffage that bands like early EXODUS and KREATOR were giving birth to in the 80s. A crunchy guitar sound and a quite competent production are present here. The drum work is very good performed by the former TSJUDER drummer. The vocals are in the Black / Death style kinda in the Shagrath / Erik Danielsson vein, and quite good and fitting the style. Lyric wise the band touches matters of the evil within mankind and the pest that religions are to man. It is quite weird that sometimes the style reminds me of Australian bands, as they do have that quite different approach bands from those lands have, specially the way they do put melody within the brutality and darkness that the style calls for. My favorite track is ‘Introvert Vile Domain’ with a powerful main riff and many variations within that flow in a perfect way to the climatic end. As good as this is, it still sounds as the band is getting used to their sound, and I am pretty sure that the next album can be a monster that will devour earth. Meanwhile fans of the evil Thrash blackened deathly Metal are urged to check this out. www.facebook.com/inflabitanintrinsic, www.facebook.com/soulsellerrecords