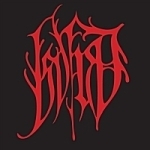 Wow, talk about a blast from the past. Norway’s grim Black Metal band ISVIND has returned with their first full length album and follow-up to 1996’s "Dark Waters Stir". In the past 14 years ISVIND has released 1 split album and a demo. With "Intet Lever" we return to a time when Black Metal was on the surge, the mid-late 90s. The time when Century Black, Necropolis Records and Osmose Productions were churning out albums almost on a weekly basis. Production wise, the album has an excellent production. You can really get into the music by being able to hear the instruments. The album artwork is just the basic band’s logo with a black background. When describing the music itself I would say it is a mix of IMMORTAL’s "Pure Holocaust", a tablespoon of MAYHEM’s "De Mysteriis Dom Sathanas", mixed well and serve chilled. The vocals are your classic grim style Black Metal vocals while the band kicks up the cold darkness pace. ‘Kjølhalt’ is an excellent track that really brings out the old school second wave of Black Metal sound perfectly. You get a feeling that you are back in 1996, jamming out to this album being played over the house speakers at the record shop (the record shop I frequented in the 90s always was playing the latest Black Metal releases on the house speakers). ‘Dommedags Grimmtunge Slegge’ reinforces the band’s ability to blast out smart songwriting and uses several different tempos to showcase their musicianship. The guitar riffs on this track are well written and have a way of entrancing the listener. Overall an excellent track. ISVIND have made a stamp on the scene with this return. Hopefully the next album will not take another 14 years to be released. Aside from the delay, the band provides an homage to the sound of the past. Check out the album and take a trip down memory lane 1996 style. For more info: www.facebook.com/Isvindband