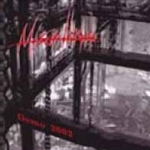 When Xtreem Music’s Dave Rotten recently mentioned to me that he had signed a very promising new German band by the name of MISANTHROPIC, which he furthermore musically compared to Finland’s DEMIGOD, I got very curious right away. So, I didn’t hesitate for a second and contacted the band for a copy of their “Demo 2002”. Ever since I got it, I kept playing this four song affair over and over again and after a while finally started to get into it. The reason why it took me a bit longer than expected is plain and simple. MISANTHROPIC is by no means one of these brutal old school Death Metal acts that I had associated them with in my imagination, but actually a rather melodic unit. The vocals vary between the more modern, aggressive type and deeply grunted parts, a combination which surprisingly works out pretty good. The music is mainly very thrashy, with lots of influences from the melodic Death Metal genre (they even incorporate keyboards in order to create certain atmospheres), but due to an often rather intense and very heavy riffing it still comes across quite brutal sounding. So, in a way, there’s probably a closer connection to the newer DEMIGOD material or to the heavier bands of the melodic Death Metal genre. If you don’t have a problem with that, you will experience a very matured and professional sounding release, which lives off excellent compositions, great arrangements and an overall very cool atmosphere. Always very brutal, but with a good sense for strong melody lines. The debut album’s supposed to be out in July this year – if you would like to check them out prior to that already, contact the band and ask them for ordering details concerning a copy of this demo CD-R: band@misanthropic.de, www.misanthropic.de