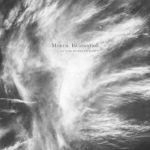 Another fine release in the newly established demo series from F.D.A. Records comes from the land of the rising sun. Yes, Japan, Tokyo to be precise, is the home of MORTAL INCARNATION, that started in 2018 and released their first and, up to now, only release “Lunar Radiant Dawn” a year later. Now this recording is available to a brighter audience and this is really deserved, as the two long songs are absolutely worth it. MORTAL INCARNATION combine the utterly dark and doomy Death Metal of band like KRYPTS with twisted psychedelic moments and complex songwriting, thus delivering a mix that has no equal. Heavier than BLOOD INCANTATION, more weird than KRYPTS and manic as both of them together. Guttural vocals and extremely down-tuned guitars are reigning in the caverns of a very special hell that is founded on precise, diversified drumming and a deep bass. The sheer brutality of the opening ‘Infinite Consciousness Unchained From The Mortal Incarnation’ is intense as fuck. And ‘A Dismal Propagation Into Decay’ is the invitation to take a ten minutes long manic ride into the realms of madness. I’m pretty sure that MORTAL INCARNATION will blow up a lot if dust in the underground once this release is a little more known. Check them out at www.facebook.com/mrtlncrntn, and be sure to visit the label responsible for this release: www.fda-records.com