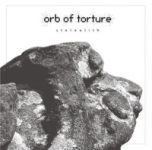 From the capital of Belgium, the city of Brussels, now arrive some ripping brutal early ’90s styled Death Metal! Finally! Some seriously sick Death Metal for these ears to enjoy! ORB OF TORTURE are right in the cut of bands like GORGUTS circa “… And then comes Lividity” / “Considered Dead” meets SUFFOCATION “Effigy of the Forgotten” with a bit of PURULENCE “Inverted Decay” styled Death mixed in. Yet all the while retaining enough of their own creativity to keep the listener occupied through all three tracks on this CD EP. Of those three tracks, the opener ‘Ten Billion Unique Monoliths’ is my definite favorite song. Classic and to the point, if this rager doesn’t have you by the balls by the first pounding riffs… You might as well wear a dress! Featuring a solid, almost album-like recording that absolutely compliments the blazing riffs and cool song structures herein. Had this EP been put out in 1991, the only thing different about it I think, would be the fact that it would have had a Roadrunner Records stamp on the back instead of just being put out by the band themselves. Buy Now! Contact: contact@orboftorture.be or www.orboftorture.be or www.myspace.com/orboftorture