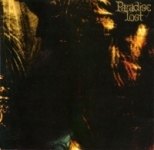 The title says it all. "Gothic" was the second album by PARADISE LOST, released in 1991. It was a bold move, both in music and image. Before "Gothic", PARADISE LOST recorded and released their debut "Lost Paradise", and their much famed demos. These latter recordings are pure, unaltered Death Metal, the music that had won them so many fans. As "Gothic" would seem to indicate, PARADISE LOST were not fated to stick to that formula for very long. Indeed, the "Gothic" album, though it will challenge die hard fans of their formative years, is a highly original piece; a major departure from the norm, perhaps even a landmark for the melodic Death Metal sub genre. It predates AMORPHIS’s "Tales From The Thousand Lakes" by three years, and KATATONIA’s "Dance Of December Souls" by two (I’d even dare to say that these two albums wouldn’t exist without PARADISE LOST’s "Gothic" – Frank). Between 1991 and 1993, there simply were not many bands who emphasized melody, the cerebral, the ethereal, and the slow tempos of Doom the way PARADISE LOST did on "Gothic". Or if there were, I’ve yet to hear of them. "Gothic" is like a rose; it will take root in you, grow, and dazzle. Yet it will also prick you with its thorns. A delicate thing with weapons barely seen. The audio disc of this newest re-release features the same two bonus tracks that already appeared on the digipak re-release that came out a couple of years ago (‘Rotting Misery – Doom Dub’ and ‘Breeding Fear – Demolition Dub’ – both originally released as the "In Dub" 12" vinyl EP in 1990). But there’s also a free bonus DVD included this time, entitled "The Lost Tapes" which features an approximately 45 minutes long PARADISE LOST live show from 1991. The setlist mostly comprises of material from the "Gothic" album, but with a couple of "Lost Paradise" tracks thrown in as well. The overall quality is of a rather semi professional kind, partly almost with a bootleg type character to it, yet still very enjoyable to watch as a whole. So, if you never added the album to your collection before, you should definitely make sure to go for this edition now. www.myspace.com/paradiselostuk, www.peaceville.com