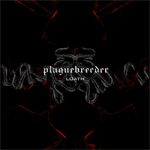 Viciousness. Evilness. Brutality. Rebelliousness. These 4 words come to mind somewhat instantly when giving this new 3-song demo by the Finnish torch bearers of technical Black / Death mongers named PLAGUEBREEDER a spin. I already remember being severely kicked ass by the band’s previous outing; also a 3-track recording titled "Unleash Hellfire", released in the beginning of 2012. "Loath", which obviously serves the title of PLAGUEBREEDER’s new cavalcade of musical extremities, comes to listeners’ faces even more ruthlessly mangling and destructive, simply oozing this camp’s "let’s slaughter and rape ’em all" attitude more than ever before. The 3 songs presented on the demo, are blended by some fine elements from Black Metal, Thrash Metal and Death Metal. I really don’t know what’s that special driving force behind this Finnish (70%) Black Metal act but it has really driven these 5 lads absolutely towards the right musical direction anyway. To me, on "Loath" they tend to sound like a mixture of two known acts: the Swedish uncrowned Satan worshippers DARK FUNERAL during the band’s early career, plus Finland’s own ‘Nuclear Metal’ warriors IMPALED NAZARENE in sheer ruthlessness and brutal viciousness, especially the times of IMPNAZ’s first two albums, "Tol Cormpt…" and "Ugra-Karma". Granted, there’s nothing new, or unheard on offer here but I’d say there’s still a huge potential in PLAGUEBREEDER to put the whole world on its knees in front of them. In other words, please let this be their final demo (or EP) before we can witness – even deservedly, their 1st full-length debut album hit all the shores widely from Lahti (their hometown) to San Francisco to Siberia. More about this all-holy desecrating bunch can be found at www.facebook.com/plaguebreeder