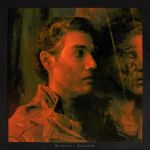 Germany’s wrecking ball SCALPTURE from Bielefeld is striking back with full-length number three “Feldwärts”, again via F.D.A. Records. Yes, normally I could stop here as F.D.A. only releases quality products and everybody knowing SCALPTURE knows what to expect. For those who don’t know what the band stands for, I will continue (thank you Michael – Frank). The opener‚ ‘To End All Wars’ couldn’t be more applicable than now during the unbelievable invasion of Russia into the Ukraine. So, the track thematically fits better than ever, but musicwise it is also brilliant and already shows that the band has optimized and altered their sound. Somewhere between ASPHYX, BOLT THROWER and HAIL OF BULLETS the guys found their own sound. ‘Ils N’ont Pas Passé’ continues the direction, but already shows the difference by delivering some calm and melodic tunes, which perfectly fit into their brutal and thick Death Metal. ‘Challenging An Empire’ starts with calm strings before kicking some serious ass. In total it sounds like the American influences have stepped behind in favour of some more Dutch influenced nuances, which I personally enjoy very much. Also the speed is mostly uptempo and even more groovy as before, but the clever incorporated calm and melodic moments and the variations of the vocals brought some huge developments into their sound and as before I really dig the audible bass-lines. Here and there the sound changes a bit into a Hardcore / Metalcore direction without denying their Death Metal roots. The band definitely has spent a lot of time on their songwriting, which really is a huge step forward and the matured sound hopefully beams the guys into Europe’s top league of Death Metal bands as the album easily could work under a moniker of better known and pushed band as well. Fantastic songwriting from fantastic musicians and worth to buy unchecked by every Death Metal head around: www.facebook.com/scalpture, www.fda-records.com