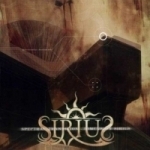 SIRIUS hail from sunny Portugal but their excellent Black Metal is cold as space! Strongly influenced by EMPEROR they even managed to get three of their idols for guest appearances on “Spectral Transition – Dimension Sirius”, namely ex-EMPEROR drummer Faust, Samoth (EMPEROR / ZYKLON) and Daemon (LIMBONIC ART / ZYKLON). This album is variable in many ways: speed, vocals (screams vs. occasional grunts or spoken passages), etc. Finally, SIRIUS even recorded a cover version of EMPEROR’s ‘The Majesty Of The Nightsky’, but surprisingly these guys don’t turn out to be faceless clones at all! Being their second album, “Spectral…” is described as more guitar-oriented but still the keys play an essential role in the band’s sound. Their symphonic use creates majestic, yet threatening images of space: SIRIUS obviously are prepared for taking over the old elite’s place for the new millennium as other bands very often fail in giving new impulses to the scene. Still the guitars are important as well: especially the leads make your mind wander, whereas the riffing forces you to get up from your sofa! SIRIUS’ music is on a very high level and should appeal to everybody into symphonic Black Metal. This album is truely amazing and should be the soundtrack for a VERY dark science-fiction movie! Enter DIMENSION SIRIUS now! www.neverland.nu/sirius.