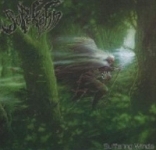 I don’t know why, but after having been a really strong force in traditional Heavy Metal back in the 80s (with lots of killer acts such as H-BOMB, SORTILÈGE, BLASPHEME, ADX etc.etc.), France nowadays still suffers from a rather weak Death & Black Metal underground scene. The only band I personally ever really freaked out on was the sadly defunct MUTILATED (which later became ABYSSALS). Apart from them, I can’t recall any real hopefuls (no: I never really was into the "big boys" LOUDBLAST, AGGRESSOR, MASSACRA and the likes either). Luckily SOLEKAHN is an exception to that rule as this three piece performs technically very well executed, brutal Death Metal in the vein of early VADER and even adding their unique own note to it already. The production on this MCD is still a little thin (especially the guitar department could’ve been more powerfully produced and the drumming sounds rather clinical), but their writing skills easily shine through nevertheless. The aforementioned "own note" is added by certain guitar melodies as well as clean, heroic vocal parts that are usually more known from bands out of the Norwegian Viking Metal genre. And this combination surprisingly works out very well. Considering the fact that "Suffering Winds" is only their first "real" band release (following the "Profaned Nights" demo from ’99), these guys might evolve into something really special in the years to come. Band contact: www.solekahn.maxximum.org, Label contact: Imperial Maze, 7 rue Leclerc, 67300 Schiltigheim, France, email: imperial.maze@evc.net