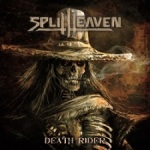 This Mexican band presents in this, their fourth album, their best material. One of the things that is quite noticeable and changes their approach a lot , has been their vocalist, Jason, an American vocalist who also sings in SKELATOR, and who adds a lot to the band. Their style is still Heavy Metal with a strong Power Metal sound, a mix between IRON MAIDEN and HELLOWEEN would be a good way to describe them. With bands of the style, the vocalists plays a big role, especially when they sing in English, and it is really hard for non native speakers to do it right. Previous vocalists were good, but one can hear something that was not up to the task… well, here they have done a great choice. The production values are very good, and I like the way they have added some traditional Mexican touches to the cover art. The musicianship is also very good, the band is up in quality with any other upcoming Heavy Metal bands, and I am more than sure that fans of the golden sacred style will like this one. Many catchy hooks and choruses like ‘Speed Of The Hawk’. There is actually a couple of songs done in Spanish and one can hear that the vocalist is doing a good effort to sing in a language that is not what he uses everyday, but even there, he sounds very good. A great record for fans of traditional Heavy Metal with touches of good Speed / Power Metal. www.facebook.com/pages/split-heaven/161260646133, www.puresteel-records.com