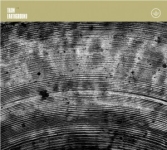 Thinking of THAW, there’s the song of this title by the incredible SEPTIC DEATH coming to my mind immediately. So, I put some hope in this band from Sosnowiec in the Silesian area of Poland. THAW is around for a few years now, having released another album, two split releases and a compilation of their demo recordings. “Earth Ground” is the second album the band did. And even though this band is rooted in the Black Metal scene, their music has a cold and industrial Post Black Metal character. It is no wonder anyway, since the area they are from is an industrial metropolitan area. Yet, be the music as fitting to the bands roots as it is, it’s hard to enjoy. And that’s neither because this is not my cup of tea, nor THAW don’t know how to play. It’s the rather aimless compositions and the dull production, even though this might be on purpose. From the first chords of ‘Afterkingdom’ to the last notes of ‘Last Day’, nearly every good idea, any moment that raises attention is destroyed pretty soon by confusion and annoying breaks. Pseudo ambient moments meet pure noise and thus create a chaos that’s hard to bear. So, my hopes were deceived, and my leery look at the cover was for a good reason. Maybe some of you might be appealed anyway to check out: www.facebook.com/thawnoise, www.witchinghour.pl