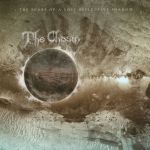 A few years ago Mexican Death Metal masters (but now based in Chicago) THE CHASM, released the first completely instrumental extreme Metal album ever. Signs for this were clear with their previous work, where half of the songs were instrumental. The reason, band leader Daniel stated, is basically that after all those years he found vocals for extreme music not to be interesting to go along with the music he was creating at that time. The instrumental album was nevertheless a collection of riffs upon riffs, masterfully created as they have been doing for a long time. Yes, it was a brave move, yes, many people were complaining about the vocals, but yes, they were not able to fit in their heads other than extreme Metal must have extreme vocals. But then again, when an artist who is really faithful to his vision of creation is able to do whatever they want to reach new horizons, that is what art is. Rebellion. Even if that means some sacrifices (obviously on an altar) must be done… something real artists will accept in order to reach their full vision. That integrity resolution, is something that is really missing nowadays. We are hardly in an age where we see music artists creating what a couple of decades ago has been done. Philosophy aside, we now have a brand new album, which, yes it does have vocals again in most of the songs. Compared to other works of the band, vocals now are more a bit more obscure, probably deeper and with more in the lower tones with hardly any high pitched screams. And the music got a little bit stripped of the more complex composition of their other works, yet it is the same band with their primordial style intact. This is probably their thrashiest album to date, but make no mistake, they are still a Death Metal band. Whereas on other albums they had pieces of Doom, Black and even some Progressive Metal, here it all sounds like an extreme and obscure Death / Thrash band. Yes, they returned a bit to their origins, yet with all the experience on their back. Very direct, still tons of riffs, but then again returning to the basics, yet keeping that epic aura. Antonio’s drumming as always is just like a beast of a thousand heads. Even the basic Speed Metal drumming he does here and there, sounds massive and precise. Top drummer without a doubt. Yes, only two musicians were involved here, as they have been the core of the band for decades already. And the riffs, oh, those riffs. Imagine “Hell Awaits”, “Pleasure To Kill” and “By Inheritance” but done with a darker aura, and probably it will be close to this. Some bands are good composing, but poor at execution and some the other way around. Very few are able to translate great ideas into a flawless execution. THE CHASM is one of the few capable of doing it. With or without vocals. This old memory of mine can’t remember all details, but one musician of a quite popular band, while doing an interview in pandemic days, said that he needed to get more time with the discography of THE CHASM to enjoy some of the best songs in extreme Metal, that will make anyone jealous for creating such pieces of timeless dark art. There you go. Already available as a digital version, there is of course physical releases coming up as well. They have mastered their Metal of Ddeath to levels many just dream of. It is obvious that the result is, without a doubt, a contender for the best album of 2022. Again, with or without vocals, they are one of the best extreme Metal bands nowadays. And if you are able to witness them live, do yourself a favor. More information you will find at: https://luxinframundisproductions.bandcamp.com, www.facebook.com/thechasm.acerus