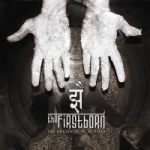 THE FIRSTBORN
The Unclenching Of Fists
(Equilibrium Music)
60:00min

Out of all European countries, Portugal could probably be considered as one of the most underrated countries to produce bands for the international Metal scene, but I bet that’s about to change in the coming years because that particular country holds inside a great bunch of killer Metal acts, THE FIRSTBORN being absolutely one of them on the top of the pile. Having already 2 full-length albums being left behind on their roster, the band has kind of been resurrected from the dead and the band returns absolutely with their most mature and complex effort to date titled “The Unclenching Of Fists”. It took nearly 4 years of writing and yet another year to record the album from these talented Portuguese Metal warriors, but the result was worth waiting. “The Unclenching Of Fists” is a conceptual album, dealing with Tantric Buddhism, based on the Bardo Thödol which is the Tibetan “Book of the Dead”. Musically it’s actually quite an impossible task to pinpoint to which specific genre of Metal this album could be placed for whether it could be even necessary in the first place after all. As the band’s press kit proclaims, THE FIRSTBORN is deeply influenced by Far Eastern musical culture – and that combined with some of today’s extreme forms of Metal music (mainly Death Metal, but also a fair amount of influences from Black Metal) creates a result that is both very unique and a healthy way innovative for the benefit of the band which is something they can be really proud of. Listening to the songs off “The Unclenching Of Fists”, you are soon about to realize these fellows have a great sense for some epic, keyboard-laden melodies the same way like Iced Earth proved to have on their latest studio album “The Glorious Burden”. Just tune your ears f.ex. for the last 2 minutes of a song called ‘Path Of The Mindwalker’ and you understand what I actually meant by this particular heavily underlined comparison. Also, the band’s vocalist Bruno deserves an extra mention of honor for being able to produce 3 different kinds of vocal styles out from his lungs for this album; growling Death Metal vocals, a shrieking Black Metal – type of vocals very similar to Emperor’s Ihsahn and clean vocals that all create a nice, but a very fitting contrast for wholeness – not to mention a wide range of other instruments (f.ex. sitar along with a variation of sampled instruments and voices) the band has successfully combined with more ‘traditional instruments’ in their songs. All these efforts to experiment a little bit ‘out-of-norm’ within the songs have truly paid off for them a very pleasing way and therefore it’s kinda easy to predict a rewarding future for THE FIRSTBORN due to some strong and even genius musical achievement on “The Unclenching Of Fists”. Great band, great album… I think that sums it up somewhat perfectly.