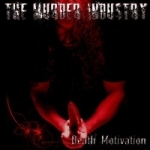 After the hundreds, if not millions, of bands who took the three-word-band-name idea and wound up sullying a once good idea with mediocre, wimpy crap, THE MURDER INDUSTRY rolls in to the rescue. Looks can be deceiving, as any smart music fan knows. They may not look like a whole lot on the outside, but the inside is a chamber of thick, meaty brutality. As I have remarked elsewhere, the brutal subgenre of Death Metal gets a bad rap in most circles these days. But I think THE MURDER INDUSTRY make a good name for it. This record is not a speed frenzy, nor is it a gurgling, otherwise hilarious singer belting out phelgm to mach 10 blast beats. The vocals are, surprisingly, standard; the riffs, astonishingly, decipherable. As to the drums, they’re in the right place – not too fast, not too loud. Just right. The end result is a thickly serrating sound that raises the hair on my arms. www.myspace.com/themurderindustry, www.xtreemmusic.com