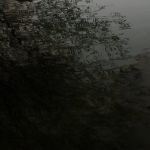 It’s rain time for your inner speaker! THE RIVER’s third full-length creation sounds pretty disconsolate, yet it manages to open up its emotional windows, so to say, in ways you might not expect. The heavy riffs are sludgy enough to make me think of a romantic version of NEUROSIS, whereas the vocals are of a completely different kind. Jenny Newton’s clean, softly sung verses tiptoe and harmonize politely across the entire duration of the album, never standing up aggressively even in the LP’s hardest passages. “Vessels Into White Tides”‘s major point resides in its efficacious sense of progression and its varied arrangements, with ‘Open”s acoustic guitars, piano and strings dividing the album into two distinct regions where light and, of course, shade get coherently amalgamated. I might not be the blindest follower of nowadays’ more Post Rock tinged Doom (as a matter of fact, not at all), but I would still recommend this album to any slow music fan looking for some honest, well played music with dreamy hues. The song ‘Tides’, with its lush instrumentation and the overtly amorous feel, is the perfect conclusion to these UK Doomster’s latest work. Check THE RIVER out at www.facebook.com/riverbanduk or get hold of a physical copy of “Vessels Into White Tides” through the band’s label at www.nine-records.com.