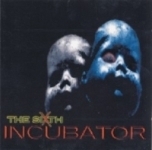 “We don’t want to produce Hightech – Death Metal – albums, we just want to keep the spirit of experimental Death Metal- / Grindcore music alive.” Cool. All right with me. “THE SIXTH INCUBATOR was founded to release experimental Death Metal / Grindcore – albums in an old form like old PUNGENT STENCH / CARCASS releases…” Great, gimme that CD! “… with a modern, industrial touch.” Hurrgh! Grmblfx! Have mercy! Former INCUBATOR member Chris Mummelthey joined forces with producer and main songwriter Stefan Schunke (SHELLFISCH) in order to get on my nerves, I guess. I just can’t listen to this CD on a row (still, somehow I managed – and survived!!!)! Solid, yet not too exciting old school Death Metal ideas are destroyed by annoying computer sounds or even dance beats like on ‘Dance-Gore’. As I really have to watch my language concerning this so-called “live” album, I better stop now. Limited to 500 copies (as long as they don’t get the Rock Hard magazine title of the worst CD of the month I wonder if they can get rid of that amount), this album is only worth checking out for computers (or maybe people into both Death Metal and Industrial). Not my cup of tea AT ALL! Death to false Metal! I won’t fucking dance! (Sorry, I AM being pathetic, but that’s not my fault)