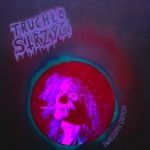 Formed in 2017 in Poland, this is the second full length of the band and oh boy, you are in for some really killer form of Metal that only in those lands can be forged. This is some of the best Punk Black Metal I have heard in a long time. Well, when I am talking about Punk I also mean Hardcore and Crossover and Thrashcore… yes, but keep in mind I’m talking about the type of music done in the 80s where CRUMBSUCKERS, D.R.I. and CIRCLE JERKS where considered extreme bands no matter how Punk they were. Mix it with the base that is not far away from MOTÖRHEAD and VENOM and there you go, something like that is what this band sounds like. And it’s actually a fun type of music to listen to, yet at the same time it’s serious. I can also hear some early VOIVOD in there and obviously that gives many points in my book. Oh, and the vocals are just perfect, hateful, angry but with lots of emotion, even at times sounding quasi melodic. Usually these kind of bands are not my thing. But this is done so good, that it’s impossible not to enjoy. The production is spot on and oh… great bass playing. And then, top that with that Eastern European flavor, you got a winner. There’s also enough Thrash here to make your head bang until you bleed. All of this of corpse in their native strong pronounced language. Do not let that ugly cover deceive you, this is a killer release that will bring many memories of old times, and if you have ear for good Punk / Hardcore / Crossover with a Black / Thrash skeleton, it’s all here! www.facebook.com/plonie.horyzont, www.facebook.com/godzovwar