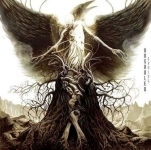 Any type of so-called progressive music in itself is, sort of, a challenge for every musician to play – and if you happen to mix huge doses of progressiveness with (modern) Thrash Metal sound – which typically is full of hard riff fests, it’s gonna be even a bit harder nut to be broken. Spanish act UNSOULED, that started out by this moniker in 2004, have already released their debut record "Start Over" on their own in 2009 and here’s their 2nd studio album, "Evolve", released on the Spanish label Art Gates Records. Having heard the album by now about multiple times (eh, not really. I am such a bad lair -sorry), it sincerely must be confessed that UNSOULED do possess nice amounts of amazing musical talent and skills to write coherent, technically very demanding songs that really aren’t easy to digest at all, just during the first spin of this record, I mean. In a way, I would say UNSOULED’s is some sort of a melting pot of DREAM THEATER’s sheer instrumental wankery of some of their progressive values, the trickiness of PARADOX’s later albums and something else that I cannot put my finger that precisely on. There’s lots of things going on within the band’s songs all the time anyway – and honestly, so much at times that it makes it somewhat hard for listeners to follow what happens next within one single song of theirs whenever using just one of your ears for the listening purpose. The vocalist on this record, a guy named José Gil, does a fantastic job, proving to be a magnificent vocalist with a wide vocal range. Most of the time he concentrates on opening his lungs by a clean vocal style that fits perfectly to UNSOULED’s highly progressive and decently thrashy Metal. "Evolve", offering these multi-instrumental tasks for the listeners constantly, is in many ways a very pleasing product from UNSOULED, obviously throwing these Spanish Metallers on the worldwide map of Heavy Metal for good due to their strong musical achievements on this follow-up album. To spit it out, when you have got some talent, you have got some talent – and there’s a plenty of it involved with the UNSOULED camp too. More about these progressive, musically challenging Spanish Thrashers, at: www.facebook.com/pages/unsouled/132245886845, label: www.artgatesrecords.com