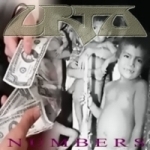 URTO are the first band from Sicily I’m stumbling across and I’m pretty pleased with their debut. They play good old Power / Thrash Metal, strongly influenced by Bay Area heroes like FORBIDDEN, TESTAMENT, VIO-LENCE and later EXODUS, while the vocals remind me of Switzerland’s POLTERGEIST. Ranging from six to ten minutes, all of the five featured songs are quite long, but due to the pushing and diversified songwriting they don’t get boring at all. The clear, powerful vocals sometimes lose a bit of their energy when the pitch gets to high, but this slight flaw is compensated by backing vocals from the rest of the band. In addition to their mature musical performance, URTO have made quite an effort of writing und using intelligent, politically conscious lyrics, like the second track entitled ‘Hitlerosevic’ or the fourth track ‘The Second Coming’, whose lyrics are a poem by William Butler Yeats. Only the opener ‘Bugger Off’ can’t keep up the high lyrical level, but is dedicated to Lars Ulrich, so the meaning is in the title, haha! Altogether I can recommend URTO to all fans of US Power / Thrash Metal, so get in contact either via mail: Mimmo Saladino, Via Del Popolo 52, 91028 Partanna (TP), Italy or via email: urtozone@yahoo.it. Homepage: www.urto.tk