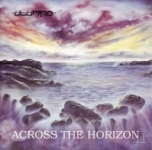 I didn’t believe this stuff would still be this great after all these years! The remastering is just wonderful and done by Mike Wead (guitarist; KING DIAMOND / MERCYFUL FATE, CANDLEMASS, HEXENHAUS e.a.) and simply blew me away, but most importantly, EVERYTHING on this release is so great that it’s as fresh and shredding as in 1993, when it saw its first light of day. This third release covers the same listing as the re-released LP version by The Crypt and is done by Cyanide Syndicate / Vic Records and it’s great they refresh our memory with this classic. Just like CREMATORY and LIERS IN WAIT, an EP is the only feat of arms of a sadly defuct and hugely talented band. Those who don’t know UTUMNO, it was founded by Jonas Stålhammar, who’s name might ring a bell for his participation in ABHOTH, GOD MACABRE, MACABRE END, BOMBS OF HADES and DARKCREED. Their first 7″ EP “The Light Of Day” was released by the sadly defunct Dutch Cenotaph Records who released very cool EPs by HUMAN REMAINS, ROTTREVORE, CEREMONY (Hol), GOREFEST e.a. Firstly the production resembled “Incantation” and “The Nocturnal Silence” more than “Left Hand Path” or “Like An Ever Flowing Stream”. Second, the music can be seen as a perfect follow up to the great GOD MACABRE album “The Winterlong”. But faster, more epic and less downtuned. Only AT THE GATES and AFFLICTED followed a sort of similar path which can be heard on their awesome debuts. Jonas sounds like Tomas Lindberg but less tormented. Each song is complex with great riffs and an intensity that is pushed and built stronger throughout each track. It’s not necessary dark or aggressive but it doesn’t have to be when it’s great (“Left Hand Path” is just a perfect example of this). Forget Gothenburg Death Metal, this is the evolution! It’s the beauty of Death Metal and found in releases we can still enjoy no matter how often they’re released. I strongly advice you to check this release when you don’t have it and into mentioned bands. You can buy it blindly, because it’s simply has it all. One of the finest pieces of music ever released! Check: www.myspace.com/utumnoofficial and you’ll know. Label contact: www.cyanidesyndicate.com