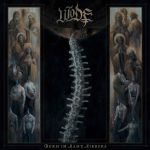 After spellbinding the underground with their debut “Wode” (2016) and the sophomore album “Servants Of The Countercosmos” (2017), English Black Metal band WODE returned with their third full length offering “Burn In Many Mirrors”. Those who know nothing about their existence, WODE are – singer, guitarist and keyboardist Michael Czerwoniuk (AGGRESSIVE PERFECTOR), guitarist Daniel Shaw (AGGRESSIVE PERFECTOR, ex – PINE BARRENS), drummer, guitarist and keyboardist Tim Horrocks (AGGRESSIVE PERFECTOR) and bassist Edward Troup. Most notably, these Englishmen from Manchester, play nothing traditional nor follow up any classics from the genre, but rather hoist unconventionality in each of their past releases. No wonder “Servants Of The Countercosmos” (2017) was released by revered Avantgarde Music. Continuing their own tradition, “Burn In Many Mirrors” will be released via another prestigious name, 20 Buck Spin. It took almost six years before WODE took the step to a first full-length, but once the self-titled debut was announced to the world in 2016, its successor “Servants Of The Countercosmos” followed in no time, a year later. After that, the quartet became quiet for a long time and now it becomes clear why! The flamboyant opener ‘Lunar Madness’ immediately sets the atmosphere with its enticing rhythms, fiery riffs, burning leads and rousing vocals. A song like, ‘Serpent’s Coil’ seems to be a straight ode to the 90s Swedish Black Metal sound. ‘Fire In The Hills’ exudes a macabre eighties atmosphere, in which the vocals also show subtle new-wave influences through deep, clear singing. The galloping rhythms of ‘Sulfuric Glow’ put the foot back on the accelerator. In this song the organ parts, which drape a horror like tone over the whole, stand out positively. ‘Vanish Beneath’ relies on its grooving riff work, but the disc shows its great twist at the very end with ‘Streams Of Rapture’, which closes at 10 minutes and is divided into three chapters. It is introduced by medieval synth sounds (as if introduced by DEAD CAN DANCE), before all means are used again for a sizzling chunk of menace and violence. Here the band brings various influences with a lot of Heavy and Thrash Metal to the fore, which reflects their influences and strong songwriting craft. “Burn In Many Mirrors” was recorded with Joe Clayton (LEECHED) at the NØ Studio in Manchester and mastered by Magnus Lindberg (CULT OF LUNA). The cover artwork was penned by Santiago Caruso (NAILED TO OBSCURITY), which suitably expressed the intense and dramatic essences of this new release and should enchant old followers and newly exposed ones. More about the band and label at: www.facebook.com/wodecult, www.facebook.com/20buckspin.