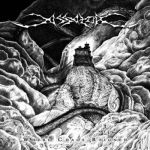 Finnish Death Metal with exclusive textual influence from Mr. H.P. Lovecraft? Pass me some, please! Tampere’s ASSATUR draw their name from Ambrose Pierce’s fantastic divinity, a pretty widespread character in the comics and literary worlds and one which made its way into, of course, the Cthulhu Mythos too. “Where Chaos Reigned” is the band’s second compilation if you count the 2017 cassette tape reprint of the band’s first demos, both presented here together with four tunes recorded in 2018. The pack’s most compelling attribute is, if possible, Tuomas Heikura aka Ismortal’s drumming (the guy plays also in Psych act AURAL HEX, COFFINCRAFT and more). On the other hand, ASSATUR’s riffage doesn’t sound as intriguing. No song makes it to the “standout” point and the impression you have is that of an undecided band with good musical skills but few valuable ideas. The production on the new tracks is deadened, sounding as though someone glued a cushion onto Heikura’s otherwise excellently played bass drum. Don’t get me wrong: the band has improved a lot since the 2012 “From The Depths Of Madness” demo and they clearly own all that it takes to achieve bigger and better things. They are slowly, maybe unhurriedly ascending to a more remarkable form, but there is still some way to go. A proper full-length album might prove ideal in this process of calibration. The lyrics are well written, with clear references to specific Lovecraftian tales and works such as The Music Of Erich Zann (‘Outbursts Of The Pandemonium’), cosmic passepartout The Call Of Cthulhu (‘City Of Madness’) and so forth. By the way: 2015’s “Nameless Rites” has got the tightest songs and production of it all. ASSATUR’s submarine lair’s address is www.facebook.com/assaturband, while “Where Chaos Reigned” can be found on CD via Great Dane Records here www.facebook.com/greatdanerecords.