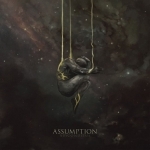 Dense Doom / Death is what this duo from Italy offers to the world to be consumed in fear and anguish… of the slowest type. Just 3 songs, over 36 minutes of deep low growls taking influences from AUTOPSY, WINTER CANDLEMASS and darkness itself. The production is a bit weird, I mean it is good and clear enough, just I feel that the guitar could be louder, but also that chamber-like sound adds to the misery the band wants to expose. There are some very few parts where the band goes faster, sounding a bit like early INCANTATION but even in here, they are doomed… in a good way. This is the kind of band that is so dense and deep within the style that only a few will dare to give it a listen in one session… but it is rewarding and more if you are in for total desolation and depression turned to doomed Death Metal. The use of very long interludes, all of them done with a sense of impending doom only adds more to the wicked sense of despair the band is triumphant in evoking, something few band are capable, and remind me in that feature to ILL OMEN. I found out that actually the two members were once part of the very good Death Metal band UNDEAD CREEP, who actually plays a very fast brand of ENTOMBED-esque Metal of Death. OK, back with ASSUMPTION, fans of deep, slow and heavy Death / Doom Metal who likes to feel the essence of asphyxiation, this album will please you until death embraces your corpse. www.facebook.com/assumptiondoom, www.everlastingspew.com