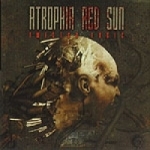 It happens that reviewing a particular album reveals itself a painful task. So is the situation with “Twisted Logic”, the first full length of the Polish band ATROPHIA RED SUN. The very moniker of the band uncovers a lot I think. Yes, these guys are obviously captivated by the sci-fi side of things, and their music mirrors that, with all its funny synth and vocal effects and extremely complex-for-the-purpose-of-it song structures. The result could be rated between zero, nihil or nada excitement wise. Maybe some of you will find me extremely severe and infatuated with myself saying such things. In this case you are cordially invited to spend your hard earned money (because, c’mon, you don’t copy CDs, right?) on this little “gem”. Personally I become more and more tired to review this kind of lukewarm “melodic” Death Metal, exempt of rage and brutality in favour of a more “intellectual” approach. Bands like ATHEIST, MEKONG DELTA or more recently THEORY IN PRACTICE (the latter scandalously underrated and almost forgotten now) have set the bar very high when it comes to produce complex and captivating music, then I am afraid ATROPHIA RED SUN looks like dwarves among these giants. I detected some CYNIC influences here and there (partly due to silly oriental sounding effects), so I suppose fans of this band should check out “Twisted Logic”. Personally I would like to end my review here, if you allow me to do so. I have far more important bands and albums to listen to. Before I forgot: classy layout and production. Not enough to get a good album in the end. Good night.