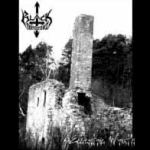 Recently I discovered (thanks to Angi!) this band from Germany. "Eccentric Wrath" is their third demo, released in 2005. Honestly I was quite amazed to see them labelling their style as "Eccentric Black Metal". For me it sounds more Death Metal, but since I am not a friend of categorizing styles, it does not matter at all. "Eccentric Wrath" features three songs plus intro and outro. The first one is mainly fast played, with a great melodic riff and a short, fine mid-tempo passage. Second one, ‘Cataleptic Hours Of Darkness’ arouses a dark, gloomy mood. This is reasoned by the impressive melancholic melody and the tempo is very slow (short fast part at the end), yet powerful played. The last song is a kind of summary, bringing you both fast and slow parts together. The vocals are not the typical high – pitched Black Metal shrieks, more "puking" like Death Metal growls. This demo-CD costs 5 € and everyone who is interested in a band playing their own style, not copying other, more famous bands, should definitely take a listen! In the meantime they released two more outputs. A split – CD with NEBELTOR, where you can find their previous demos plus bonus songs. And the "Battles Of Modern Art", featuring live and rehearsal recordings. This CD is completely free, you just have to pay postage. So get in contact and support the underground! www.blackhorizonz.com