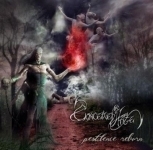 Three years after their first EP "Witness Of Decay", El Salvadors probably best known Metal band CONCEIVED BY HATE is back with their first full length album. "Pestilence Reborn" is the name of this bastard of old school Thrash and a little more modern Death Metal of the Gothenburg school. On the first impression, the album sounds more homogenic than the EP, putting the stress on the rawer, more brutal side of the band. So it’s no wonder that the vocals are done in a more Death Metal style, even though it still is the same singer. But in the meantime Juan Carlos Osegueda left the band, leaving the vocal duties for guitar player Jorge Montesino. "Pestilence Reborn" opens up with a thrashing intro, giving the album its name, before we have a new recorded version of ‘Vengeance Is The Law’ from the EP. Honestly said, I prefer the original version, for the clearer sound and the better vocal delivery. Next up is ‘Lost In The Gardens Of Hate’, the title track of their 2005 demo, that was re-recorded for this album in its whole, by the way. The song walks the same direction and ends with a piano dominated part. The new ‘That The Silence Wakes Them Up’ impresses with an atmospheric break, leading to harmonic guitars parts. But now it is time for the first absolute highlight of the album, a blackened bastard called ‘At The Gates Of Nowhere’. Maybe it’s no coincidence that the title starts with the words "At the gates…" But the song is neither a mere copy, but a very variable atmospheric Death Metal offering, hinting on Thrash Metal as well as Classic Metal. Huge! Another song from the demo, ‘In A Conscious Trauma’ is a variable track between Death and Thrash Metal that comes along with a blackened break, lead by keyboards. The half-acoustic intro of ‘Intransitive Dimensions’ sounds like a 1980s Speed Metal song is coming along the way, but soon this seven minutes song turns out to be the first downer, for it sounds a little forced. Too many ideas for one song, I guess. ‘As The Fire Blessed My Pain’ is also taken from "Lost In The Gardens Of Hate", but even though this thrashy and melodic tune is straighter than the one before, it also is a little too exchangeable. But wait, the end is here with the final epic masterpiece: ‘Guardians Of The Ancient Wisdom’ a very variable epic song with lots of uncompromising blast beats and dark atmospheric parts. The sample at the end of the song is pretty interesting, as it is a kind of chant in a very unusual language, maybe an old Aztec language like the Pipil language. Does this chant transport the ancient wisdom? Soundwise, this album is a little upsetting. I mean, I don’t have a problem with raw, brutal and unpolished productions, but "Pestilence Reborn" has a some details in the songwriting that get lost due to the sound. A little polish would have fitted the songs better. Anyway, that should be just a minor obstacle and it’s by far no reason not to check out "Pestilence Reborn". Visit: www.conceivedbyhate.com or www.facebook.com/conceivedbyhate