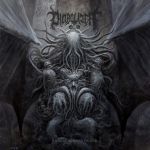 Death Metal from Turkey making some roars. ENGULFED gave me the first dose of that, when I was exposed to their dark and deadly debut “Engulfed In Obscurity” in 2017. I still revisit that record from time to time and the mesmerizing ancient past of the Anatolia region (with Göbekli Tepe, which beholds the world’s currently oldest known megaliths and many more yet to unearthed) always makes a serious co-relation with the music that gazes deep into the territory of death, darkness, occultism and obscure mysteries. Now, it’s fascinating to come across another Turkish quintet DIABOLIZER, which is offering their long-playing debut “Khalkedonian Death”. The Turks of DIABOLIZER have been around since 2012, but things went quiet for the band after they released an EP in the same year. In 2016 an EP was recorded again. If you look at the musicians of DIABOLIZER, such delays can be understandable because among others they are still working for DECAYING PUTRIFITY, ENGULFED and BURIAL INVOCATION. However, after associating with Everlasting Spew Records, it seems the band was determined to make a much more blazing and manic Death Metal sound than their other bands. And they did that with heavy and dark riffing, paired with a crackling bass and pressing double bass. There are unexpected breaks and interesting passages that remind of their direct influences from IMMOLATION, VADER, KRISIUN and NILE. No, the Turks are not mere copycat and sloppy followers, but these guys can play and really showcase their ability on this album with a barrage of intensity, technical prowess and suffocating atmosphere. Mustafa Gürcalioglu (guitar) and Malik Çamlica (bass) spearheaded that effortlessly. Adding to that, drummer Aberrant must have quite a few arms and legs, as this guys is a monster, and keeps the intensity throughout the 46 minutes, like a man obsessed with time keeping. Straight from the opener ‘Dawn Of Obliteration’ the mission is clear and that is to take your senses off with a fury of ruthlessness. ‘Mayhemic Darkness And Possession’ comes forth with some frenzied bass playing, in classic style of SADUS. DIABOLIZER always manage to present a certain dark atmosphere and the title track ‘Bringers Of Khalkedonian Death’, manifests it vividly. And also the groovy or melodic parts provide variety throughout the record, as in the track ‘Perishing In His Oceans Of Blood’, which is almost the longest song on the album (6:45 minutes), but certainly also the most attention grabbing. Here these Turkish maniacs prove how fit they are on their instruments and that they can sound technically adept. However, to mention the shortcoming felt here, is possibly the growling, which comes across as very monotonous. Also the same can be mentioned about the production, which feels sterile and can switch off any exposed one. If you can be open minded about that, this record is an aggressive and demonic debut offering from DIABOLIZER. Find out more about the band and label here: www.facebook.com/diabolizer, www.facebook.com/everlastingspew