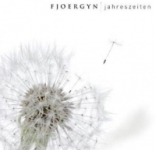 The FJOERGYN debut “Ernte im Herbst” several years ago was like a musical revelation because the German band recorded an album which perfectly combined black and white – means the bombastic side of traditional classical music with the wolfish side of Black Metal. But such a strong debut could also become a curse due to the fact that nothing less than a new masterpiece is expected from every further release. The follow up – “Sade Et Masoch” released in 2007 – showed a different side of this band mainly on the lyrical side far away from the nature topics of their debut. This album was without doubt a solid release but nevertheless is a disappointment. With “Jahreszeiten” the band returns musically and lyrically to their roots and I was really looking forward to this release since I first received a promotion flyer over 4 months ago. The musical structure hasn’t changed drastically and the band is still working with strong contrasts, on one side the extreme melancholy stricken clean vocals and the normal Black growls (supported as usual by the German lyrics), on the other side the above mentioned classical / wolfish counterpoints. The return to the roots principle can also be found in some wellknown parts – for example the ultra high speed introduction to ‘Sturmzeit’ which is like a reprise from their fabulous debut (only that the human being could not win a contest with their former ‘Japanese’ drummer). FJOERGYN is without doubt a band which established their own style within the Pagan movement even if their third release brings them from time to time in close contact with the Prophecy family microcosmos. This album deserves the title Avantgarde music far away from every current money orientated tendencies. I can only hope that the Metal community is willing to join this band on their journey to independent shores. www.myspace.com/fjoergyn, www.trollzorn.de, www.fjoergyn.com