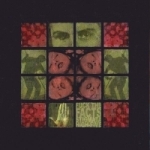 Do you know any cocktails from Canada? Me neither, although this band sounds like one. The newest Relapse signing has been around since the late 90s and obviously crossed a lot of records in that time, mainly from Death Metal, Grindcore and Hard-and Mathcore. THE DILLINGER ESCAPE PLAN, CONVERGE and CEPHALIC CARNAGE were probably the most listened to and the easiest to name when it comes to describing the music of FUCK THE FACTS. In theory this CD contains seven songs but it is more of a collection of different parts: crazy Hardcore riffs meet Death Metal riffs, mosh parts after grind parts, strange sounds after classical banger passages. The female singer is more Hardcore in the CONVERGE vein, the music is more Death and Grind. Oh, did I mention that it is all quite technical? That the sound is clean and powerful? And the cover is somehow unusual? Sounds interesting? So there is only one thing left you would like to hear from me: why should I go for FUCK THE FACTS instead of DILLINGER or CEPHALIC or MISERY INDEX? The answer is simple: you shouldn’t! The above mentioned bands ARE crazy, what FUCK THE FACTS veeery much would like to be. But there is a slight lack of intensity, no taste of pioneering the extreme, no real attitude. The music is not bad, hell no. But to me it sounds too calculated uncalculated, created chaos, chaos for chaos sake so to speak. Get my meaning? It simply bores me after some songs (parts). I think this one is more for the younger readers we have, those who think POSSESSED, GRAVE and AUTOPSY is Pop songwriting with heavy guitars. For those, who like the agressiveness and attitude of old school Punk and Hardcore but get bored by the three-accord riffs. But the energy all those bands unleashed came from the stomach, not from the head. DILLINGER and CEPHALIC come from the head as well, but they sent it through the stomach put a micro in their ass and enjoyed what came out. FUCK THE FACTS is bureaucracy, well-done bureaucracy, an analysis of extreme Metal, well performed. Nothing less, nothing more. www.fuckthefacts.com, www.relapse.com.