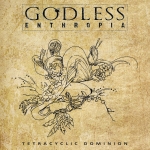 The cover art of this debut album from this Italian band is definitely weird. One will expect a monstrous Juanjo Castellanos or Paolo Girardi demonic cover. But no, it goes the other way in having the listener expecting the unexpected. This is brutal Death Metal done with more than a technical edge, and even some Jazz influences in their way of playing, but never letting down the intensity and brutality. It is an album that grows after more than one listening and it is a very good thing the band decided to keep a straight forward atmosphere even while using some very technical passages, but not that much that things get lost, just the very adequate amount to make it more interesting. The core sound of the band recalls heroes like IMMOLATION, SUFFOCATION and DEICIDE whilst there are some touches of ATHEIST, later DEATH and CYNIC. Something to notice is that sometimes the bands that try to play technical also add more melody than usual to their Metal. No, not this band, and that, is a good thing here. It’s technical, yes it has wicked melodies, but in the right amount. As a matter of fact I would say that more than technical, they just play a bit more complex. But it never lets the intensity to go down, it enhances the music to give it a gasping horrific touch, which of all bands, reminds me of AUTOPSY (and we all know AUTOPSY and technical are in no way ever together, but it works in here like that!) and sometimes even of the mighty EDGE OF SANITY (just listen to ‘Solecism I’ and the references to Dan Swäno are inevitable). Yes, the band has a suffocating aura in their music, and that is what makes them different from many technical and brutal Death Metal bands. At almost one hour of length one may think it is way too long for its own good, but no, the songs are varied enough to make this enjoyable all the way. Yes, it is a debut album, and one quite impressive in fact but these musicians are no newcomers as they have been dwelling for more than 10 years. Lyric-wise it seems the band deals with all things regarding death and suffering but in a more elegant way. Although many might find the cover art way too simple of just not fitting the music, the music itself destroys that serene beauty of that image to unleash horror upon the feeble minds. More info at: www.facebook.com/godlessenthropia, www.satanath.com/sodp