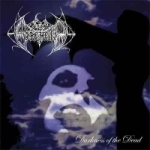 Back in 1992, when GOREMENT’s classic "Into Shadows" EP originally came out on Germany’s Poserslaughter Records I certainly considered them as another typical (yet extremely cool!) Swedish Death Metal act in the tradition of everything that had been put down to tape at the famous Sunlight Studio previously at the time. Two years later, on their one and only full length ("The Ending Quest") the band already had progressed into a far more unique direction. When I listen to the stuff again nowadays, I even detect various elements of early AMORPHIS mixed with old PARADISE LOST ("Gothic" period), yet still performed in the wellknown SweDeath manner. Too bad that they never really made it bigger, but I suppose the guys really suffered from the big number of similar sounding acts, the lack of support from Crypta Records (is there really one single person who seriously remembers that obscure German label?) and the unstoppable Black Metal trend. As the original version of "The Ending Quest" is extremely hard to find on CD nowadays (I personally had paid a fortune for a copy recently), not to mention all the pre-album recordings, it’s nothing but a brilliant idea from Necroharmonic Productions to compile everything onto one disc and give it a well deserved re-issue now! So, "Darkness Of The Dead 90 – 96" features (almost) everything that GOREMENT ever recorded in their short-lived history: their demos "Human Relic" (from 1991 – which still sounded extremely brutal and featured a totally deep, inhuman vocal delivery!) and "Obsequies" (also from 1991, which got re-released as a 7"EP one year later), the aforementioned "Into Shadows" EP and the full length album. To round things up there’s also one previously unreleased track (‘Profound Harmony’) from a 3 song 1995 promo tape included, which is far more melodic (due to a "lighter" vocal performance) than their older stuff. Not really a progression that I personally do appreciate, but the quality of the rest of the disc easily makes up for it! So, all in all this turned into another essential Necroharmonic release! Label contact: www.necroharmonic.com