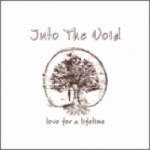 INTO THE VOID
Love For A Lifetime
(Point Music)
39:40min

The (un)holy symbiosis of grunts and clean vocals, the FEAR FACTORY-like one, was always a nightmare that has haunted me in my worst nights. INTO THE VOID, a German band, that also could have been influenced by other bands like PARADISE LOST and (even worse) CREMATORY here with an album called “Love For A Lifetime”. Of course, the title will never turn into reality for me as this album will never be the love of my lifetime, not even for a second. The style of their music is nothing but nice sounding Death / Gothic influenced keyboard-pop, changing from really amateurish one (the keyboards are really laughable) to some well-done (guitar solos, acoustic parts), without reaching a superior level. This is too less – at least inside the musical genre INTO THE VOID is forced to be crawling (a genre which has not shown better bands at all, but at least more professional sounding ones). www.point-music.com, www.into-the-void.de.