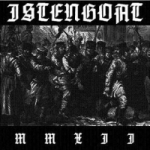 Chile; along with Brazil, Colombia and Peru, home country of some of the best obscure Metal ever produced. And ISTENGOAT’s debut EP, simply entitled "MMXII", stands as a continuation of such a legacy. 13 minutes of good old Metal of Death is what you’ll find here; but let me tell you, 13 minutes go by too fast. Once the EP reaches its end, you can’t fight the thirst for more. These musicians, some former members of BELLUM, DOMINUS XUL and THORNAFIRE, have crafted 3 songs forged in darkness, yet full of aggression and brutal strength. Influences are drawn from old European Black and old north american Thrash Metal, but rooted firmly onto that characteristic south american Death Metal style, as it was meant to be played. WLTS puts out a great performance behind the microphone with his mid-range vocal attack, adding high grunts and deep growls, depending on the mood of the song. He is also clever enough to accent the slow parts and to add more madness to the fast passages. The heavy guitar tone is full of tremolo riffing courtesy of PTRC-1 and David Liempi. The pair, who also recorded the pounding bass lines, has a great understanding of how to keep the grip around your neck in each song. And, as an excellent round up, there’s the precise and relentless drumming from CIRR. The production is crystal clear and the mix is perfect. Take this as my "old fart" opinion, but I could have used a little more "dirt" or "muddiness" in the production, just to help develop the dark shroud around this release. But nevertheless, it is heavy, it is fast and it is evil! Every detail is covered. So, if you are a Death Metal fan, go get his one now. Also, if you are a south american Metal fan, you already should own it! Shame on you! Recommended 110%, this band is a unit we’ll have to look out for! More info here: www.istengoat.co.nr, apocalypticzine@gmail.com 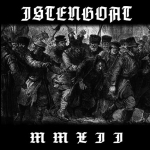 With Chile being the birthplace of one of my favorite Metal vocalists on earth (Tom Araya), as well as being home to many killer underground bands like PROCESSION, MELEKTAUS, DOMINUS XUL, UNAUSSPRECHLICHEN KULTEN and MAGNANIMUS, I’m always eager to check out new bands from this fertile breeding ground. Well goddamn if Blood Harvest didn’t do it again! They sniffed out another obscure and promising band! ISTENGOAT are already putting out solid stuff at the embryonic stage of their career. Nice analogue and balanced production, varied tempo shifts from blasts to doomy segments, and vox comprised of filthy mid-range. ISTENGOAT’s traditional style of seamlessly blended Death and Thrash Metal draws a favorable comparison to Brazilian veterans HEADHUNTER D.C. I even hear a little bit of sinister minor-key Black Metal melody sneaking in here and there. As a matter of fact, the closing track ‘Shiqus Sho’ has a more pronounced blasting Black Metal flavor. With but 3 tracks on this recording, we wanna know what you can do on a full length already, bros! www.istengoat.co.nr, www.bloodharvest.se