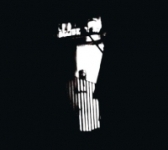 After the release of their debut “The Complex Void Of Negativity” in October 2008 the band had been declared by the international press as one of the few German bands which are able to compete with the real Black Metal elite. Everybody can judge by himself which band should be named if it comes to these handful of elitist bands but based on my opinion SATYRICON (even if their attitude is not as black as desired) is still a driving force within our scene. The connection between both bands is the hypnotic touch within their musical art. The KATHAARIA debut after 8 years of silence (the only release so far was their demo in 2000) is without a doubt the conversion of resistant lava in musical form. The basis structure of their debut is for sure Black Metal but the band has completely focused on the pure essence of this music – like a human being stripped down to its bare skeleton. So don’t expect any bells, chants or cursed keyboards – the band furthermore emphasizes the atmosphere and vastness of their songs by repeating various parts of their songs. I’m sure that KATHAARIA will never be able to leave their pure underground status (even with such a great release) but if it comes to musical quality and dedication to their music the band must be definitely named together with other ‘famous’ German bands like SECRETS OF THE MOON. “The Complex Void Of Negativity” is a release as abyssal black as possible and light years away from Dr.Blast and his dear friend and so the perfect dose of underground Black Metal for all true fans of this style. www.e-a-l.com