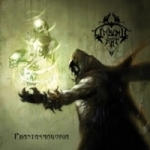 There are only a few Norwegian bands which influenced the Black Metal cosmos the way LIMBONIC ART have done. The duo Daemon and Morfeus has distributed a great share to today’s understanding of symphonic Black Metal and their releases, starting with their 1996 "Moon In The Scorpio" debut up to "Ad Noctum – Symphony Of Death" from 1999, are worth to be called true masterpieces. But the sands of time are merciless and during the last decade a lot of things changed, starting with more or less drastic musical developments into quite darker areas up to the final death in 2003 and the ‘predicted’ resurrection in 2006. Finally in 2010 the second release after the split is giving birth and again big developments have taken place. The everlasting duo is history and only Daemon remains and he’s presenting over an hour of material which is really a step forward due to the fact that it is musically a step backwards. The symphonic side has taken command again and the presented 12 tracks are in no way a disappointment for the remaining fans of this band even if exactly this step backward and the resulting similarities with former releases are giving me great headaches. There are parts which I can easily connect with specific songs from their discography and this is the sad prove that tracks like ‘When Mind And Flesh Departs’ – which even after over a decade still sends shivers down my spine – are definitely history. "Phantasmagoria" is for sure a solid release, and recorded by any newcomer the album would deserve a mild praise, but LIMBONIC ART are one of the last remaining dinosaurs of the great era of Black Metal and therefore my / the musical standards are different. For all further info check out www.myspace.com/officiallimbonicart, www.candlelightrecords.co.uk