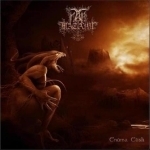 Night is not a constant; it can always get darker when you leave the city and spend the night in the woods. In this sense, there are degrees of darkness. It can always get darker, but honestly, our flawed human empiricism won’t be able to tell the difference from a cave miles below the earth’s crust and a black hole somewhere light-years away – there comes a point of absolute darkness where we fall right in, keep falling and won’t even be able to tell you the damn difference. Welcome to the new "wave" of Death Metal; slight homages to heavy, darker Death acts like AUTOPSY and INCANTATION among others, except cover it with tar. Chile’s NAR MATTARU are among this new class of heavier, filthier Death Metal and they’re one of the good ones. It’s hard to put my finger on what exactly makes the sound so much more unrelenting and unwieldy, but if I had to market it like they do in a grocery store, it’d say something like "Death Metal – Now with 30% more alienation!". The music blares on with just the right amount of reverb; the speed and technical nature of the arrangements are distanced in the production. The vocals are on another agenda; they are dogged and often off-tempo with the music, they become like relentless, their timing and persistence uncanny until they become like pestilent winds occurring over and over, as they do, because they don’t really give a fuck about your schedule. Ever lift something so freaking heavy only to have it just clear the ground and smack against your shins the entire time? Yeah. The appropriately named ‘Eternal Night Dominion’ is an excellent example of this; the song begins on a ominous downbeat. It keeps getting heavier until you don’t give a crap… and that’s when the screams come in… Actual screams, layered into the track to simulate some kind of hellscape. They aren’t cheesy either but you may find yourself stuck in some mental quicksand. They have some covers on the album as well. If you don’t think there is anything different about NAR MATTARU listen to one of their original songs and then listen to one of the covers. I see an interesting contrast; their sound seems much more defined in comparison. Their not holding anything back when they play their own stuff. They have plans to devastate you. Give it a listen, especially if you like DISMA. www.myspace.com/narmattarudeathmetal, www.pactorecords.blogspot.de 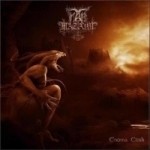 Hailing from Chile, a country which is well known for its excellent and outstanding extreme Metal scene, NAR MATTARU delivers an utterly dark and devastating alloy of Death Metal. After having unleashed the demo "In The Black Spheres Of Time" in 2009 (which is also included on this disc) "Enuma Elish" presents some new tracks by this Santiago based band which were recorded already in 2010. The version I am reviewing is the European 2012 re-release. The first edition saw its light of day in 2011, originally spewed out by the small Chilean label Pacto Records. If you read the band line-up carefully and know a little bit about the Metal scene of this South Amercian country then you you will notice that this trio is by far no newcomer to the scene. The band members earned some merrits in bands like DOMINUS XUL, DENYING NAZARENE, THORNAFIRE or FORCE OF DARKNESS – all high quality acts like you might have noticed. And their new spawn makes absolute no exception here. These nine tunes are top notch Metal Of Death. Excellent musicianship together with first class songwriting takes you to different spheres. You can feel the darkness around you which will completely engulf you step by step. This stuff is occult Death Metal at its best and heaviest and in my humble opinion it is even better and much darker than the material the band members recorded with their previous bands. Played at a high technical level with varied tempo changes (mostly doomy and heavy mid pace – then shifting gear into some bestial outbreaks), down tuned axes and abolute killer song structures. The deep growls will drive you insane – not to speak of the great thick audible bass sound or the powerful and merciless drumming. Six own compositions and three covers (INCANTATION’S ‘Abolishment Of Immaculate Serenity’ and AUTOPSY’s ‘Twisted Mass Of Burnt Decay’ – just to name the two well known ones while the other track was witten by Chilean Black Metal act KRATHERION) found their way onto this little piece of plastic. If you like your Death Metal darker than black and worship hordes like DISMA, DEAD CONGREGATION, INCANTATION, old IMMOLATION and the likes then you should immediately check this album out. You won’t regret it. Get your copy now at www.i-voidhanger.com.