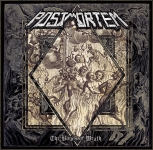 The long lasting German outfit POSTMORTEM is one of those bands that have been lingering around in the underground for far too long without its deserved recognition. These guys have a career starting in 1991 and spawning 6 full length albums, including their latest "The Bowls Of Wrath". Their style has more or less remained in the Death Metal reign, including some stints with a more groovy approach (or the so called Death’n’Roll) in some of their latest material. But even then, so far I don’t recall listening to a bad album from them. "The Bowls Of Wrath" dwells into a mid paced Death Metal with lots of heavy songs. Speed is not a constant here, except for a couple songs that take the tempo up for extra attitude, like ‘Among The Dead’ and ‘Nothing Lasts Forever’. Marcus and Tilo come up with a lot of tasty tremolo and palm muted riffs, reminiscent of the good old "Wolverine Blues" days. The songs are definitely catchy in their own way. Same goes for Max’s drumming. It provides a strong backbone for the music, even though it’s not pyrotechnical or flashy. And Matthias’ vocals range from a deep growl to a mid range scream and everything in between. That kind of variation is very welcomed in their style of Death Metal, since the songs tend to sound a little similar from time to time. Production wise, the album has a really good overall sound. I dig the guitar tone, which is meaty, yet clear. Same goes for the bass tone, clanking its way through the album. The drums are maybe a little taken aback in the mix in my humble opinion. All instruments are present enough and the vocals shine through songs such as ‘Hate Covers Hate’ and ‘The Bowls Of Wrath’. Maybe, my fave track here is ‘Doomsday Killer’, which has some of the best and heaviest riffing in the album. Overall, yet another good release by POSTMORTEM. They are not inventing a new genre, but I do think they deserve a lot more, due to the fact that these guys know what they are doing. This is an album recommended for those who seek groovy, yet heavy Death Metal. Go ahead and contact the band here: www.postmortem.de or here: www.facebook.com/postmortem1. Their label can be contacted here: www.war-anthem.de