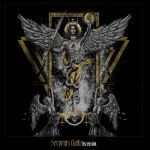 Society is used to read an opinion that only gives approval or helps to feed the narcissism in themselves, no matter if they are musicians, writers, architects, politicians or tramps (the greatest artists), thinking that they are unique and different from the rest of the masses. But we are all the same piece of shit. When the honesty appears, the human condition tends to be abhorred by the rest. And this is what I assume is going to happen in the following review. SERPENTS OATH was formed in 2020 in Belgium and plays Black Metal. To this day, they have released two full-lengths and the second one just saw the light of existence via Soulseller Records of The Netherlands and is entitled “Ascension”. When I started to read the name of the songs and saw the cover for “Ascension”, which was made by Mexican artist Néstor Ávalos, I felt intrigued and excited for what was going to pollute my ears, but unfortunately just found a deception. Something that I would not listen to 20 complete times, but I did. SERPENTS OATH’s members also play in INSANITY REIGNS SUPREME, an institution for the Belgian Doom Death Metal scene, so my expectations were really big. What makes the disappointment tuck me in? The abscence of originality in SERPENTS OATH’s Black Metal. “Ascension” consists of 12 compositions, where 4 are interludes and the other ones are creations that have an average time of 4 minutes. There can be a ton of bands in this dirty whole of scum that give the same discourse (lyrics attached to concepts like blasphemy, nihilism and misanthropy) or sound as Belgian SERPENTS OATH, not being recognized by showing something unique, just transforming themselves into another group of Black Metal. Despite the above mentioned, the production of “Ascension” had been worked with professionalism, the instruments can be easily distinguished with a clean resonance. Their sound is influenced by the Swedish Black Metal scene that is really popular and into the trends (WATAIN for example) nowadays. Following a path that is not the way to evoke Black Metal in the underground and is accepted by people that do not give attention to this genre. The next songs are the ones that you must put more attention to, because they are the redeemables: ‘Summoning The Ancients’ is the second one and the best of the full-length, the structure of it is repetitive, but the riffs and the drum rolls are quite interesting. The vocals of Criz James are well executed, more throat than the Death Metal growls that he uses in most of the other musical pieces. ‘Bring Down The Sun’ could be a good piece, but the force of it deteriorates while the time consumes. There are good riffs, but some of them could be erased, so the song keeps on developing with fury and not decaying. ‘Sworn To The Oath’ is a track where the blast beats and the riffs appear with something different from the rest of the album. The vocals could be used in a different tonality, the technique is great, but there is something that makes the listening uncomfortable. Maybe the speed or repetitiveness of the choruses or the incesant presence of the voice. Sometimes it’s neccessary to remain silent so the other instruments can be appreciated. For example the drumming, which is phenomenal. ‘Death The Destroyer’, a song where the sound of the bass can been recognized easily and well played, where the structure is more attached to the Black Metal roots. The weakest compositions for their repetitive sound are ‘Thy Mighty Serpent’, ‘Blasphemy’ and ‘Of Fang And Claw’. Listen to them if you don’t believe me. In conclusion, SERPENTS OATH is not a bad band, but nothing new for this bitter and indecent man. Maybe this Belgian men must keep on developing new sounds for INSANITY REIGNS SUPREME. More info at: www.facebook.com/serpentsoath, www.facebook.com/soulsellerrecords