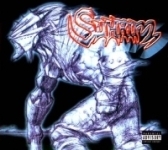 It’s kinda strange that the Belgium underground is still pretty much overlooked when it comes to brutal Death Metal. For many years already, people basically seem to focus on the American market now (with a few exceptions to the rule, of course)… Well, ok – we probably wouldn’t have had such a healthy scene in general nowadays if bands like MORBID ANGEL, INCANTATION, MALEVOLENT CREATION, OBITUARY, DEATH, IMMOLATION and the likes wouldn’t have started it all in such an impressive manner. But there’s also a lot of promising acts in European countries these days – and Belgium is definitely one of them! If you already checked out the two great “Face Your Underground” compilations, by our dedicated fellows from DeathMetal.be you’ll certainly agree that the overall quality overthere is very impressive! One of the bands that had been featured on both volumes of that compilation is SUHRIM… and to me they are also one of the most promising! They simply have the right feel for this type of music, the necessary skills (no wonder, because they have been around since 1989 already and released countless of demos as well as two more CDs ever since) and a crushing production to go hand in hand with it. Their varied songwriting (with a healthy balanced mixture of fast’n’slower parts), the cool riffing, powerful rhythm section and deeply grunted, yet very cool sounding vocal delivery couldn’t have been done any better by any American act! And neither the bunch of spoken intros nor their unnecessarily created “controversity” (“The Cunt Collector”, “Parental advisory – explicit band!” etc.) do overshadow this quality in a negative way. The only little letdown is the label’s rather unprofessional printing of the digipak’s backside (a higher resolution would certainly have helped here…). But that shouldn’t stop you from supporting this excellent band! SUHRIM simply delivers brutal Death Metal at its best! Period! For all further info check out suhrim.deathmetal.be or contact the label through www.pulsarlight.net. 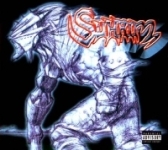 From Antwerp, Belgium known the world over for its diamond agencies (and featured in such contemporary films as "Snatch") than any other commodity, also too from this gem capital hail a brutal Death Metal horde known as SUHRIM. "The Cunt Collector" is the second album installment in the discography of SUHRIM and what a follow-up album this is! No sophomore jinx here at all! Totally crushing brutality, unrelenting and just sick, with an in-your-face sound that blows their debut LP’s mix right out of the water! Special thanks goes out to CCR Studios for this awesome remix! Never heard what this album may have sounded like originally, but with such a stunning, forceful overall sound now – what reason do I need to hear what it used to sound like?! This has to be 1000% on target! Twelve again is the magic number with SUHRIM in terms of song quantity for this album. And one aspect that I wholly respect with SUHRIM is the fact that the band does not sacrifice quality over quantity. Each track on here is given the attention and the dedication required for the song to succeed. There’s no such thing as fodder on this record and in these times when so many Death Metal bands skimp on writing effectual compositions and would rather force-feed us brutality for the sake of brutality. SUHRIM know the difference and know how to instead create memorable and brutal material at the same time. Favored songs ‘Fist Fucked In The Throat’, ‘Sacrilege Christianity’, ‘Your Rotting Lips’ and ‘Wake Up and Smell The Pus’. This 2005 re-issue features a limited edition run with uncensored (and original ?) cover art, lyrics and of course the wicked remix supplied by CCR Studios (www.ccrstudio.be). Contact: Johan Antonissen, Beeckmanstraat Nr.3, 2170 Merksem, Belgium or Johan.suhrim@telenet.be or www.suhrim.be or www.myspace.com/suhrimdeathmetal or www.shiver-records.com