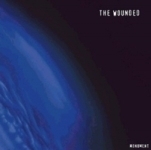 Don’t let yourselves be deceived by the aforementioned running time, because the last ten minutes or so of this album are only a blank space, a loss of time if you ask me. Apart from that, and even if I don’t like "Monument" myself, I can’t say it is a bad album. Let me explain: I am basically a Metalhead for more than twenty years now, and consequently not very fond of some music genres like modern Pop or Goth. It appears that "Monument" is certainly not a Metal-oriented album, even if the guitars and drums sound powerful enough to make illusion, thanks especially to a crisp an clear production. But in reality THE WOUNDED are obviously mainly influenced by the so-called British "New Wave" of Pop / Alternative bands of the eighties as it shows throughout "Monument". The band tries hard to create a poetic and introspective overall atmosphere, unfortunately relying on silly lyrics sometimes (like: "It’s so cold without you near me, I am so alone when you’re not here…", you know what I mean). I don’t give a damn myself about realistic lyrics, to me music is a kingdom of fantasy and larger-than-life subject-matters. Musically-wise, I heard some U2 overtones here and there (‘Garland’) as well as familiar sounding elements which I cannot discuss any further, lacking the musical background to do just that. But when I read in the info sheet about PINK FLOYD influences, I can at least tell you this is an inaccurate statement. If "Monument" could appeal to open-minded Metal addicts I will let you decide, but be careful with this one to avoid any disappointment!