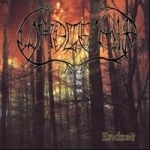 It’s really weird that it’s often exactly the releases that I’m not too excited about in the first place that turn out way better than I expect them to be. Same story with Germany’s WADGELMIR. When I received the promo pack from these guys, I wasn’t that much interested in listening to the six song offering straight away for the simple fact that I thought of them as just another superfluous Viking Metal act. The bandname already suggested something like that, their lyrics deal with the old Teutons and they even label themselves a Viking / Death / Black Metal band… But musically WADGELMIR are luckily a lot more than that. It’s actually DISSECTION that come to my mind straight away. There’s a very cool, similar dark atmosphere surrounding the entire material, the vocals are aggressive, but not as faceless and uninspired as those of the majority of Melodic Death Metal acts these days and they are very skilled songwriters who managed to come up with very interesting and varied material. Their mix of brutality in combination with effective melodies and acoustical passages works out very good and they never speed things up too much just for the sake of it. "Endzeit" is a release that definitely deserves to be heard by a wider audience, so all companies who are interested in (re-)releasing this material should get in touch with the band (as they only made up a few CD-R copies of it so far). Don’t know if it’s already for sale in this format, but everyone who got curious already can easily ask the guys at the following address: Ingo Paulowicz, Kannenbäcker 1a, 53359 Wormersdorf, Germany, e-mail: mail@wadgelmir.de, www.wadgelmir.de