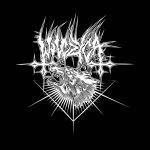 Ever since the early 1990s, the Black Metal underground was a cauldron for tons of bands and projects. Especially Eastern Europe seemed to be a seminary of vice, giving birth to many, often not really impressing acts. One of those many acts is the pretty new Polish duo WILCZYCA, their name translating as “She-Wolf”. Just one year after their formation, they released their self-titled first album earlier this year. And this album is addressed to all lo-fi Black Metal lovers, as the production of the album is an understatement or an experience in minimalism. But asides from the production, WILCZYCA have some songs to offer on this album as well. The duo is not your standardized Black Metal band, as they dare to absorb some different ideas into their sound. As an example, the opening ‘Na Przekletej Ziemi’ starts off with doomy beats before it turns into a real musical massacre for the short ending. And the title track (and band anthem) ‘Wilczyca’ comes along with a distinct Punk feeling. ‘Rok Pierwszy’, a strange and rather monotonous song, even has a kind of industrial groove while the long ‘Przyjdz’ starts off pretty Gothic and with experimental vibes before it finally turns into a fine Black Doom lava stream. On the other hand there are two more traditional tunes with the cool ‘Ego Memini Inferno’ and the more mediocre ‘Burza’. But asides from ‘Ego Memini Inferno’, this album is overall hardly enjoyable. One the one hand, it is a result of the production. In this case, less minimalism would have been more joy of listening. On the other hand, the compositions often seem to be cobbled together hastily, there is no real flow in the songs. ‘Przyjdz’ is the best example here. But as WILCZYCA only exists for a year right now and there definitely is a lot of potential, it should be worth keeping their name in mind. Check www.facebook.com/wilczyca.kult or www.godzovwar.com