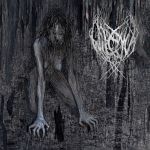 “DrakoNequissime” is the third full length album released by the Polish Black Metal band WILCZYCA. Here we have a total of six tracks for almost 29 minutes of boring and poor Black Metal. The album was released by the Polish Black Metal label Gods Ov War Productions, a name that is usually a guarantee of underground gems, but not in this case. WILCZYCA plays a simple and not particularly inspired mixture of D-Beat Black Metal Punk, thrashy Black Metal and traditional Black Metal riffs. Ok, I’m into Black Metal Punk in the vein of BONE AWL and ILDJARN, but WILCZYCA’s D-Beat parts are cheesy and lack of primitive brutality. There are many thrashy midtempos and slowdowns, but, even then, the result is pretty mediocre. However there are some good and interesting guitar riffs, mostly in the field of traditional Black Metal from Norway, but the drumming isn’t up to the clallenge (few blastbeats and a double bass cut to the bone). The vocals are pretty good: sick and raspy traditional Black Metal screamings, alternated with some clean parts. The distortion is good too (dirty and noisy), whereas an extra point goes to the black and white front cover artwork. In conclusion, if you’re into minimal Black Metal with any great expectations, maybe you’ll find some potential in this album. More info you will find at: www.facebook.com/wilczyca.kult, www.facebook.com/godzovwar