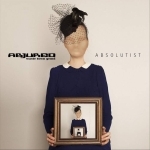 ABJURED is a German Grindcore band and this is their second album. It opens with a kind of depressive minimalist intro that leads us into a very Punk sounding Grindcore, mainly because of the Crust drumming but also a bit because of the direct riffing. Direct does not always mean simplistic. There are often dissonant chords and complex riffs that show work and creativity from the band. The production is clear but most adequately heavy. As for the drumming, in spite of the Punk leanings I mentioned it is in fact extremely fast and impressive. There are occasional guitar leads and even a Rock solo in ‘Exist’. Most of the songs are very short but the final one, the title track, is actually over 12 minutes long and quite experimental, with slow guitar playing. It is completely different from the rest of the songs, depressive (like the intro) and pretty much instrumental despite some background growling towards the end. I guess many fans will skip it altogether when listening to the album, but it is another indication of a band trying not to just follow the script. Also their cover artwork and logo points away from the typical rotten look of gore and splatter, and if I saw the CD for sale with no other info I would deem it by some Indie Rock band or something of the like. After a few listens I must say I much enjoyed the album. This is more musical than the most extreme and pointless variations of Grindcore. As for terms of comparison, the band that most comes into my mind is definitely NASUM. Not only because of the alternating high pitch and low pitch vocals but, in fact, the whole of the music. If you miss their intensity (may their memory endure), or if you are just into some killer crusty Grindcore, you could surely do a lot worse than giving this a go. More information from: www.facebook.com/wastetowngrind, www.defyingdanger.de