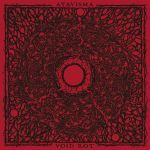 Thirty minutes of Death Metal! This is what you will find in this new split release by French act ATAVISMA and USA’s VOID ROT. Under Italy’s Everlasting Spew Records, this new stuff was launched some weeks ago. Its title? Just “Atavisma / Void Rot”. The first half belongs to ATAVISMA. This kicks off with a dissonant brutal song called ‘Speared Lungs’ to make way for the second track entitled ‘Mold Upheaval’, a dark composition adorned with some mid-paced tempos and blast beats here and there. The last track is ‘Dread’, a good one to close the first part of this split. VOID ROT brings three more tracks. The first one is ‘Ritual Invocation’ and it follows ‘Necrotic Deity’, a massive 6 minutes Death Metal composition. ‘Accursed Earth’ closes this good effort. ATAVISMA here maintains the standard showed on their debut album, which was released two years ago, while VOID ROT made a great effort to be in the same league as their French comrades. So, both bands are very similar in sounding and style, both are deep into Death / Doom territories and both are fucking good! Follow ATAVISMA at www.facebook.com/atavisma.band and find more about VOID ROT at www.facebook.com/voidrot. The Everlasting Spew Records website can be found here: www.everlastingspew.com