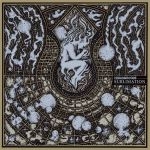 Astrogrind. Do you need an explanation? DEPHOSPHORUS hailing from Athens, Greece is a very noisy and outstanding outfit. Finding it difficult to properly label what style of music they perform, they opted for the tag of “Astrogrind.” Well if the fourth album from this Greek outfit is anything to go by, it’s a noisy and suitably eclectic style of music infused with smatterings of Punk, various subgenres of extreme Metal and, you guessed it, Grindcore. The concept and aesthetics draw influences from cosmology, astronomy and science fiction literature, as well as the associated sociopolitical and existential repercussions. Pretty cool. The band’s coarse music comes from the sort of subgenre you’d sooner associate with an exceptionally dreary sewer than the grandiosity of the cosmos, but there is an unmistakable air of otherworldly allure to the album. Fans of non-stop intensity have nothing to fear, however. For fans of CHERUBS, NINE, TERRORIZER, REGURGITATE with a nice Black Metal touch. www.facebook.com/dephosphorus, www.selfmadegod.com