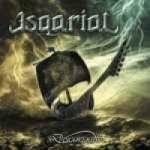 Some of you may be familiar with ESQARIAL already through their first offering ("Amorphous"), issued a few years ago on Pagan Records. If "Amorphous" was a good attempt at mixing Death Metal with melodic guitar playing, it is nothing really compared to this one. Indeed this Polish band took their time to refine their ideas and expand their skills to finally come up with an excellent following. ESQARIAL somewhat rekindle with a tradition established by such bands as ATHEIST, CYNIC and NOCTURNUS to prove that Death Metal could be a limitless form of music. ESQARIAL successfully combine aggression and melody and you get the best of both worlds, like if Joe Satriani would have been invited to play on a DIABOLIC album if you want. And this special combination works really well and never sounds unnatural, quite the contrary. At no time the band falls in the trap of sterile demonstration and the songwriting keeps the listener alert and captivated. Add to this a very competent production which compliments the music really well. Note that the line-up has remained more or less the same since "Amorphous" (with the band being reduced now to a four piece after the departure of the vocalist Sui), to me stability is the key factor of any band progression and it shows here. One of the guitarist, Pajak, is presently in charge of all the vocal duties, and the funny thing is he reminds me a lot of DIABOLIC very own Paul Ouellette because of his intonations. Quite logically regarding the style chosen by ESQARIAL the guitars are the true highlight of this album, expect beautiful soloing all along without any arrogance, like I said above. The band have even wrote a Neo-Classical Death Metal track (‘True Lies’), and the outcome is quite surprising and fresh! To sum it up, this album could appeal to a large audience thanks to its originality, so don’t refuse to yourselves the pleasure of discovering it! Visit ESQARIAL at www.esqarial.czademall.com.