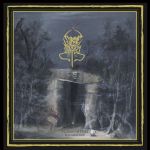 Hell thrashing madness has always been the trademark of these Chilean madmen! They have been slaying since the self-titled debut in 2006, with a bit ups and downs. “Twilight Of Dark Illumination” is their third full length album, which is quite mellow in 20 years, though the band has been quite active in releasing 7” EPs thrashing all around. We are always mentioning the archetype South American sound, when speaking of 90% of all South American bands within the Metal scene, and that sound is FORCE OF DARKNESS a great example of. Full throttle ahead, frenzy guitar riffing, slightly chaotic, yet powerful rhythm structures, production wise much power on the guitars and vocals, while the bass and drums often muds out in slight or hellish chaotic ways, but still an overall powerful and crushing sound, just as the album delivers – a fistful of intensity straight into your face. After countless listens to this new album, it has taken the place as my favorite release from FORCE OF DARKNESS. The debut had so far been crowned as the top of the rocks from these guys, as “Darkness Of Revelation” never really caught onto me. Though after getting into this new outlash of energy, well-crafted chaos, aggression, dark Death / Black Metal atmospheres and sheer Chilean brilliance, I have to succumb, one of the best albums this year? Could be! Fight through the screeches from the silence and get more info here: https://forceofdarknessofficial.bandcamp.com, www.facebook.com/ironpegasusrecords